A downloadable game for Windows

Due to the gift that was granted to you at birth, you have been able to walk between the world of the living and the dead, you have been able to solve several cases, some successfully but others suffering the consequences such as the death of your beloved ones, for this reason you became a detective, to solve as many murders as possible.

80's a town is being terrified by some events that nobody can understand, having the Myers house as a central point. Isolated from everything. A house where the mystery lurks in every corner of their home.

Explore every corner of Myer’s house through different clues left by the mysterious murderer of the town, solve little by little the mystery to find him, but be careful, each of them will influence the investigation

Do you want to solve the mysterious case of the town and let your legacy as a detective be part of the history? Enter the Myer’s house and solve the case!

Really enjoyed your game! Hoping you will be adding to the story soon. I really want to know more about the Myers family and how things came to transpire.  Here's my gameplay of your demo, thanks so much!

I really liked the idea of the game being able to go between worlds! Cool story so far!

I enjoyed your game had a few jumpy parts could do with more, but all round nice game, had to mess around with my screen resolution to play but worked out fine in the end, thanks :)

bit late but enjoyed the game can't wait for the full release!

Hi , i downloaded this game but dont know how to run it ? Help

I really enjoyed your game and can't wait for more! The back and forth between the realm of the dead was a creative way to approach puzzles. I love a good jump scare and you had some quality ones! I enjoyed the art style. I also had sympathy for the family, even without much backstory for them. Really looking forward to more from you.

Played with the GF - loved it! Going into Demon Mode was awesome!

Thanks for your feedback :D

Thanks for sharing the game, and no, it's not inspired by beyond: two souls hahahahaha, thanks again for playing! ^^

no problem amigo ^_^ oh okay lol im bad at guessing. do you have any future projects or a finalized version of this project?  also keep up the good work!

Reply
LEPOS1 year ago(+2)
After this game I had to take a shower, hello from Ukraine. Waiting for the continuation. TOP! ! ! 10 bricks of 10
Reply
Heiklion1 year ago

Was so glad to come back to this game! you guys have improved a lot and I hope I can save Lucas in the future!

This was probably the most enjoyable game I've played from Itch.io, you did really well. thank you for the great experience!

Thanks for playing and sharing the game! ^^

I really like this game, I feel I've played before the beta. It had a chest in it. I can't wait to see what's to come!!

We are happy to see you play the game again, thanks! :D

Awesome game! I always enjoy the "switching between worlds" gameplay function and this one was no different. That monster jumpscare was NO JOKE! Can't wait to see more of this one!

Thanks for playing the game! :)

I really liked this game! I didn't have any bug issues or anything. I got spooked quite few times, so nice! Definitely wanna play whole game when it has released. So much potential!

Thank you for evaluating our work :D

My daughter and I both really enjoyed your game, thank you for the fun

Thanks to you for enjoying it and sharing it :)

The game will not start for me. it freezes and crashes on the loading screen whenever I press start. The humming in the background remains  uninterrupted however.

Thanks bug reported, and sorry for this experience.

Awesome job ! Demon power vision or whatever was pretty cool!

I played the demo all the way through and was fairly satisfied. I noticed a few bugs and possible improvements that I will list below. Hopefully they will be of help.

Overall, great demo! Keep it up!

Thanks for all the feedback, we take note to improve!

A really good horror game. There is a good level to the puzzles in it . It also had me jump a few times.  Can't wait for the full release!

Thanks for playing! :D

Skip to 5:08 to the part that features your game!

Thanks for playing Cursed Soul, you're a great detective! :)

21:06. Had a lot of fun, recommend for some good interesting atmosphere.

We are sorry that you have not finished Cursed Soul, next time you will get it!

I had fun playing this game, got me with a couple jumpscares too! Good job on the game

Thank you for evaluating our work and thanks also for the feedback :D

Matt gave the game a try and is looking forward to more.

Soon we will show you more :D

Link to my channel (opens in new tab) youtube.com/jonathick

Thank you so much for play this beta ^^

Loved playing the beta, I think once you guys come out with the final product of this game, it's gonna be great! I really like the concept/mechanic of switching in between worlds. I thought that was a really clever idea for a horror/mystery game.

Thanks for playing the beta! We are working on a final product :)

Thanks for playing and sharing again Cursed Soul!

very cool and spooky game . love the puzzles and scares there really good. i also like the power you have it s very unique and different . cant wait to see more of this game!!

Thank you so much for play, stay tuned for future updates! :D

We are glad that you enjoyed it! :)

Thank you so much for play Cursed Soul Beta ^^

I played through the beta and here are my thoughts.

I liked the atmosphere, the creepy pictures, the tv showing piano performance after doing the clock puzzle, that was a bit unnerving to go into the basement and see what happens. The switching between worlds mechanic was nice, I liked that sometimes you get to see more and sometimes it even opens new areas or teleports you into a cabin near the house. Definitelly interesting.

I know this is only beta but in my opinion it really needs more story, plot and some meaning behind the puzzles and the setting. Now it's a spooky house with some puzzles where you have to find numbers to put in the right places, that doesn't make sense, at least for me. Sure there's some story with the kids seeing some demon or devil, I think it's overused at this point. But nonetheless, it still can be creepy and scary.

But... The jumpscares. The song plays, turn around, boom and please continue your investigation, detective. It just doesn't make sense and it's cheap. It's kinda well made with the animations and sounds but it's cheap because it has nothing to do with anything. The monster playing piano in the basement was quite good though, it didn't do jumpscare the jumpscare but it gave the creepiness and progressed the game since you get an item that's left on the piano.

A few tiny details that might need to be worked on - the ladder in the basement doesn't have a collider, you can go through it, I also think there could be more sounds for interaction, footsteps and things like that. You may already know about these things.

Overall - nice atmosphere, cool mechanic switching between worlds, although cheap scares, really lacking story and plot (at least for my taste) and it kinda falls between many other "horror" games where you do key hunt puzzles and get scared for no reason from time to time.

But hey! Maybe you want to make this game the way it is, so feel free to not listen to me if that's the case, I'm just giving you my feedback. :)

We will consider everything you have told us, thanks for the feedback.

Well to start this game was alot of fun i liked the horror feel and the creepy setting mixed with the puzzles. Its a really well made game can't wait for a full release. If you would like to see my playthrough here it is:

We hope to get a full version in the future and hope you play it too, thanks and best regards!

This game is really cool and scary!  I had a lot of fun trying it out great job!

Thanks for playing and enjoy 100% Cursed Soul :D

We hope you have enjoyed the experience offered by Cursed Soul, thanks for playing :)

This game will be awesome in full version :D

I really like the vision that you got in this game!  This game was fun and I had a great time playing it, the puzzles weren't to hard and the scares were well paced out.  Thanks for hitting my out about this game, hope you guys continue to make great games!

We appreciate the value you give to the game, thanks for playing it and we hope to see you here :D 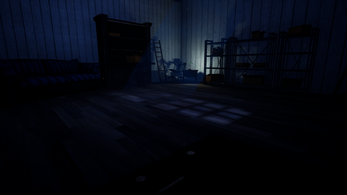 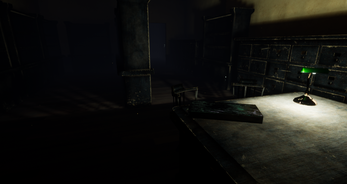 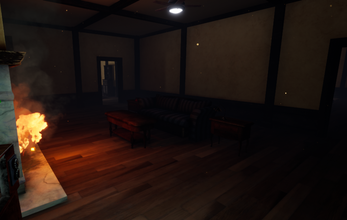 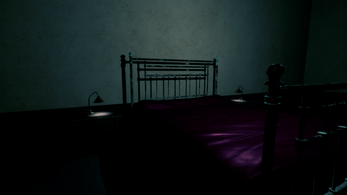